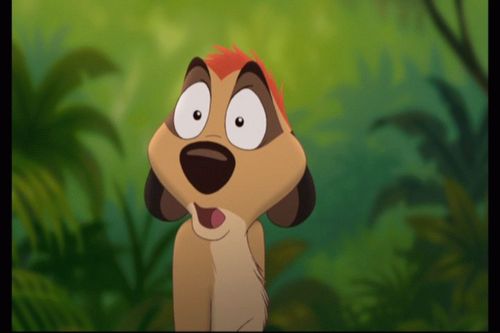 This was my face earlier today when I read a bold-faced lie concerning my gender. It was less a reaction of anger and more one of utter astonishment that anyone could post such an easily-refuted statement about another human being.

Keep in mind that the arguments proposed by Dart come from a person who feels like a woman and dresses like one even though his precious science has told him he is not a woman. So his position on science is based upon whatever benefits him and not the truth. Oh and we do not need science to determine what gender a person really is, we just have to use our eyes and look between the legs.

Yup, someone really did write that about me. To see the context behind it, you should look here.

So, what’s the issue here? Well, given the discussion was about whether or not science can be considered ‘evil’ (and therefore dismissed when it comes to explanations of our origins), I would say the chief issue is an obvious poisoning of the well fallacy. This particular fallacy involves discrediting an argument by attacking the person who made it. The idea is to say ‘look, that person endorses or indulges in behaviour X, therefore their theories are wrong’. It’s a lazy method of debating that is also a tacit admission of defeat – at least in my view.

My gender, my orientation and indeed anything about me personally aren’t relevant to the discussion. For the record, I am not transgender, and I don’t wear women’s clothing, but even if I were transgender, it would only be an issue if there was an underlying bigotry driving the argument. It’s aimed at being an insult because the person making the suggestion would consider it an insult – but it fails because I am not offended, only annoyed that the party involved makes the suggestion in order to avoid answering my points. It’s an evasion technique, and not a very good one. It’s an outright lie, from someone who likes to claim the moral high ground.

2 thoughts on “Saying Outrageous Things on the Internet ”

WOW JAPAN Had Yesterday 9 Covid Deaths quite high for a country with near double the Population of the UK and more Densely populated !! The UK had 330 Covid Deaths and the UK Government think they are the best in the world at dealing with Covid and are Easing restrictions !!

"Queues at Dover caused by EU checks"....BBC, please give it a rest! Last time I looked Dover was in the UK. Wouldn't it be more accurate to say "Brexit cock up is f*** up our supply chain?" Just a thought 😉