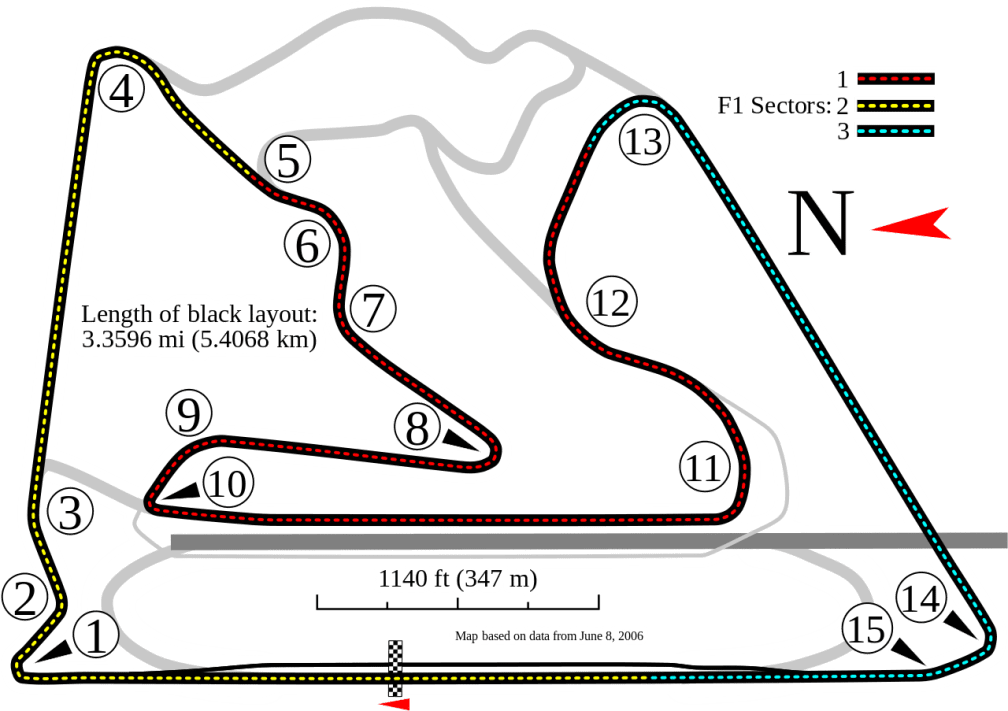 Onwards and upwards! The baking desert of Sahkir, Bahrain is the venue for round four of this fictional championship, and I will admit that for a time this circuit kicked my ass. Once or twice in practice I’d nail the track and do some great laps – but more often than not I’d run wide at turns 1 and 4, and turn 11 wasn’t always my friend. It took me ages to find my stride with this circuit, and in fact this didn’t really happen until the race itself. I somehow managed to grab pole, and I started well, but I was taking a gambit – I had done a long run on the hard tyres in practice and felt they could last 22 laps or so – so my aim was to run a two stop race, as opposed to my usual three stop strategy. To begin with, it appeared this had backfired, as I struggled around turn 1 and turn 4. In fact, turn 4 would cost me the lead, as I ran particularly wide at one stage and Button got by me.

I wasn’t quick enough to keep pace with him, slipping a few seconds back. I regained the lead when he stopped, but such was my pace that I slipped down the order at my first stop. From there, I had to work hard to try and keep up with my rivals. I did eventually manage to put myself in a reasonable position by the time of my final stop, where I donned soft tyres, for the final 14 or so laps. It was here that my race came alive. I came out of the pits and had the two Red Bulls ahead of me, but on fresh, soft tyres and a smaller fuel load, I was able to catch Webber in short order. Vettel was further up the road, and I harboured doubts as to whether I’d catch him, but with a few laps still to go, he got caught in traffic at turn 8, and I was able to sweep past. I would net win three of the reason, extending my championship lead.