I struggled to name this chapter. I couldn’t think of a coherent title that would fit the nature of it. In the end, I sort of kinda came up with something that vaguely makes sense. Bear with me here, as this chapter is somewhat disjointed.

I’d previously taken back two Divine Beasts and claimed the Master Sword. A brief foray toward the volcano proved fruitless, and a trip west yielded more, err, fruit. I managed to get to another couple of Towers and pick off a few more Shrines – including the Thunderball (not its real name) Shrine, which involved placing colour-coded balls into pedestals. A raft voyage to a distant island also took place – and I dare say this is where the game draws upon Survivor for this bit! The spirit of the Shrine stripped me bear of all my equipment – to complete the trial, I would have to place three orbs into three recepticles – my first attempt at this did not go too great. A great big Hinox (the giant Oblins dotted around) held one of the orbs – I actually managed to kill this one, but the orb seemingly vanished – so I was unable to proceed!

Returning to the mainland, I took off for the mountains near Hateno. I wanted to see about the spring of the Goddess that was meant to be up there. What I found was a corrupted dragon, and a spring. The dragon had been infected by the malice of Ganon, but a few choice moments spent gliding and shooting cleared this malady from this beautiful creature, and the spring was cleared – paving the way to a Shrine.

I also found yet another Shrine by slaying three Hinox within a small set of ponds – each one held an orb, and they were reasonably fun fights. From there, I headed west.

What was west? Well, this is where I finished off the Thunderball Shrine, and made it to the top of another Tower – and from there, I continued west. The Rito were in sight, as was their Divine Beast. This place was amazing. It is unsurprising, given their avian nature, that the Rito built their village in an upward spiral. Nor was it surprising to learn that the glider comes in handy here. 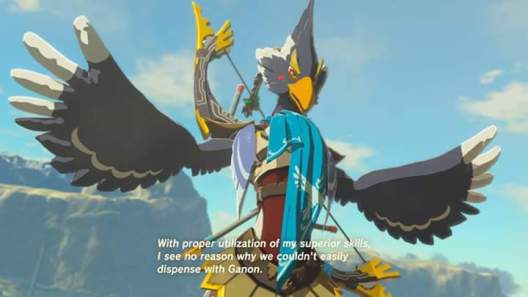 A young Rito had tried, in vain, to stop their Divine Beast from shooting Rito out of the sky. Reluctantly, he took my offer of help, and here began what has so far been the easiest of the Beasts so far. Using the glider and switching to the bow meant shooting out cannons with bomb arrows – and this managed to be pretty straight forward, proving to be the means of knocking out the Beast’s shields. Once aboard, the dungeon was once again pretty straight forward, with some puzzles involving freezing time, opening up wind tunnels, and the clever use of bombs and balls to unlock doors. Some platforms could be moved by angling the wings of this Beast to tip the main structure – as with the previous Beasts, this was key to getting everywhere. 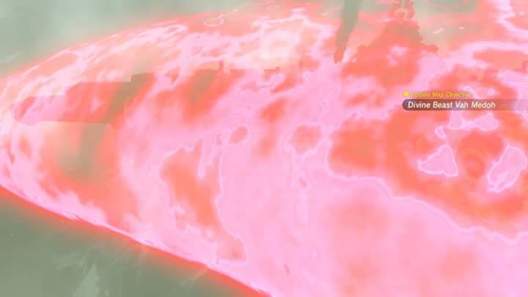 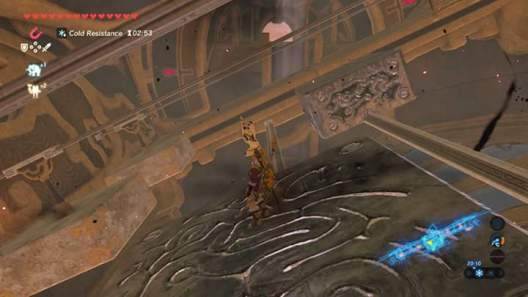 Windblight Ganon was also pretty easy – the first attack involved blasting at me with a large energy cannon, which were easy to avoid. Once he’d fired off a few rounds, he’d tire, and a combo of bomb arrows and sword slashes weakend him, until his health was depleted and he’d unleash round two. This involved mini cannons that were pretty inaccurate – a few more arrows and sword strikes and this thing was toast. 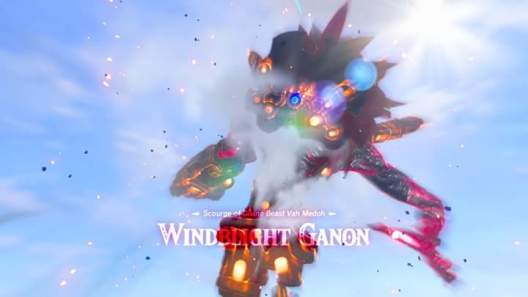 The Rito Champion’s power? The ability to create an updraft anywhere, allowing for easier air travel. The Rito also gifted me a fine bow. Afterward I spoke to a few Rito, and discovered a new Shrine quest that I will go back to at some point (as I will with a few of them).

My next big mission was to head to the cold snowy peak that was just to the north of the Rito village. I’d purchased snow-weather clothing from the Rito, so I could freely traverse this otherwise treacherous mountain, and in the process uncovered (literally, for it was buried in ice) a Shrine. I was quietly pleased with myself for using flint and my firewood to melt the ice. Unfortunately this was a major test of combat, and I didn’t have the weapons to defeat this particular Guardian – I’ll have to go back to it eventually. 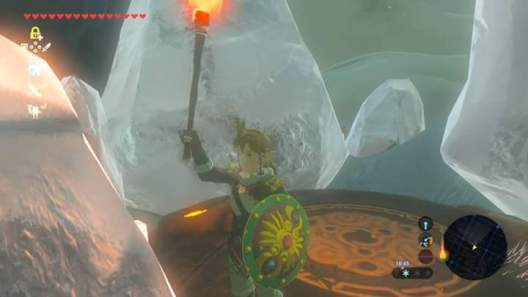 My Sheikah Sensor alerted me to the presence of another Shrine or two but I couldn’t actually find them. Leaving the snowy mountain, I quickly travelled to more familiar territory to the east of the peaks, and learned from an old man in a stable of a great canyon where a friend of his had likely perished. The map revealed a point of interest within the canyon – ruins of some kind – so I glided down to check it out. What waited for me was one of the more intense challenges I’ve faced so far.

By now, if you are also playing this game, you’ll be  familiar with the Guardians and how powerful they are. Well, imagine running a gauntlet of these things. With several of them (thankfully they were all immobile) targeting me and trying to blast me, there was nowhere to go where I was safe from all of them at once. My only option for proceeding deeper was to ride air currents, and to do so quickly. Rapidly gliding and falling appeared to upset their aim, and I only got hit once on my way through! Yay! At the end? A Shrine and a Goddess statue. I never want to do that again.

What was next? Well, the volcano remained a place I had yet to visit, and would have to visit if I were to find the final Divine Beast. Another exploratory venture into the region once again saw me forced back, so instead I went north, creeping around  the edge of the volcano and picking off a few bad guys here and there. What I found has potentially given me an ‘in’ to the volcano – fire-resistant lizards, cooked with ice-tail enemy parts, has yielded a new elixir that should get me closer. I haven’t put this to the test yet. Another few Shrines were also polished off – including a Goron challenge involving climbing a rock face within a time limit whilst gathering 100 rupees, and a Shrine perched on the top of a rather tall rock.

I pushed as far east as I could, which led me back to forests and grasslands, that reminded me of an autumn day. Another Shrine, a stable, and a curious spiralling arrangement in the water were all points of interest – the spiral ended with a receptacle for an orb, but no sign of an orb – a bit frustrating after the battles I had to go through to get there! Afterward, I headed up to an ancient and decrepit castle, surrounded by the purple goo that Ganon had spewed forth at some stage. A couple of aerial Guardians also floated around – so I had to be sneaky to get to the Tower above it. The sheer presence of the goo seemed to be a block at first, but the updraft power took me to the top, nice and easily. 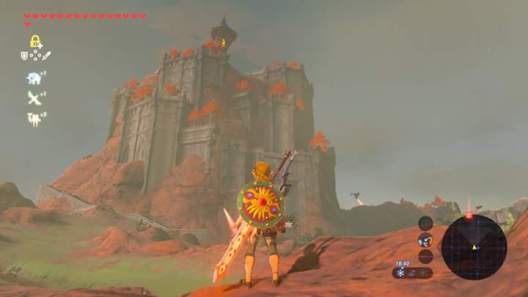 This chapter ends with me stuck in a Shrine involving giant balls – more on that next time!

Are you naive, Mr @johnredwood, or dishonest? It is our gov that made a deal we have no intention of honouring. Brexit is a self-inflicted bullet to the foot.

Yesterday the Opposition parties once again sided with the EU and tried to damage the U.K. negotiating position. They all ignored the way the EU undermines the Good Friday Agreement and breaks the Protocol by diverting trade away from GB/NI.

What sort of music does that thing make? 🤔

How would you feel if your husband/wife/partner had sex with someone else in the family home whilst you were dealing with Cancer?

That's what Boris Johnson did.

I am shocked that more people are not repulsed by Johnson and this government. #JohnsonOut154

What's nice about my website is that I can switch off the trolls, very, very easily.