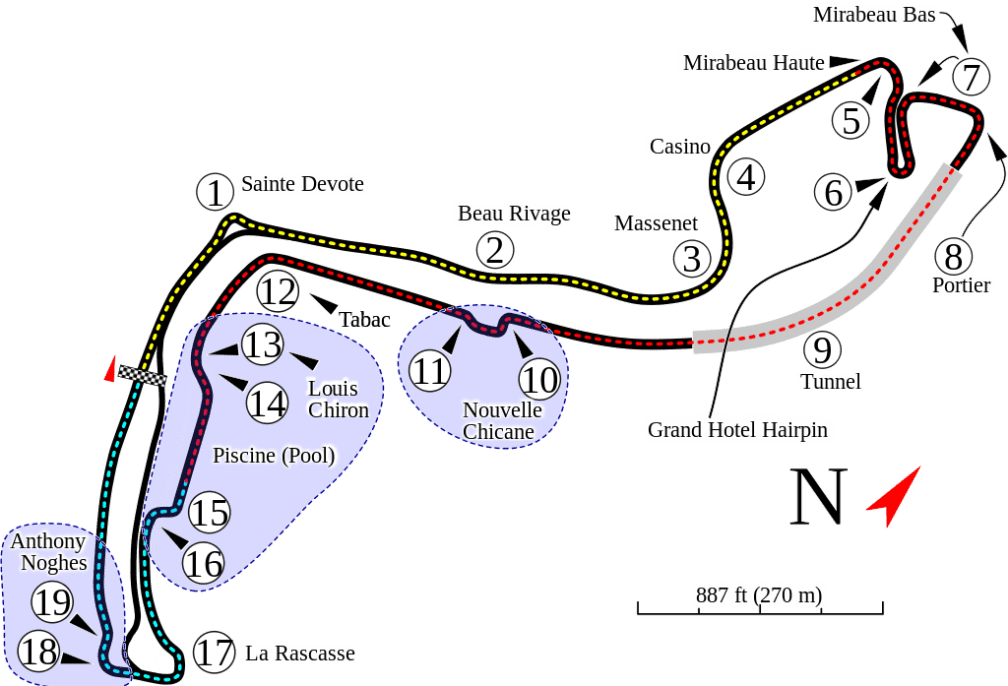 After a two week break, F1 comes to the jewel in the crown – Monaco!

It goes without saying that a Formula 1 through the narrow streets of one of the richest places on earth would be unthinkable if suggested tomorrow, but such is Monaco’s appeal and history that no one would dream of axing it now.

There’s no track quite like it. It demands the utmost concentration, as one mistake will put you into unyielding barriers and end your race. There are no second chances here. The fast uphill Beau Rivage gives way to the sweeping left and right-handers that are Massenet and Casino, then Mirabeau Haute is a tight right-hander, leading into the Grand Hotel Hairpin (perhaps the track’s most distinctive feature).

From here, you have two more right hand corners and then it’s the tunnel! Cars accelerate quite fast through here, then have to brake hard for the chicane. It’s then a fairly quick sprint past some very expensive yachts, and even turns 13 and 14 can be taken fast if you’re feeling brave.

Last year, Nico Rosberg won here, having qualified on pole in somewhat controversial circumstances. He may (or may not) have forced yellow flags that prevented Hamilton from setting a pole lap, but the incident led to increased tensions between the two.

Hamilton suffered some sort of eye mishap during the race, that nearly sent him into Daniel Ricciardo’s clutches.

This time, Hamilton will keen to arrest Rosberg’s momentum, after the latter’s fine win in Spain. Hamilton knows he needs to strike back quickly to restore his own momentum and get his season back on track.