It’s with a heavy heart that F1 arrives in Budapest for the 2015 Hungarian Grand Prix. The events of the past week have taken their toll on everyone involved in the sport, and tributes to Jules Bianchi are expected to take place throughout the weekend, as it fitting. 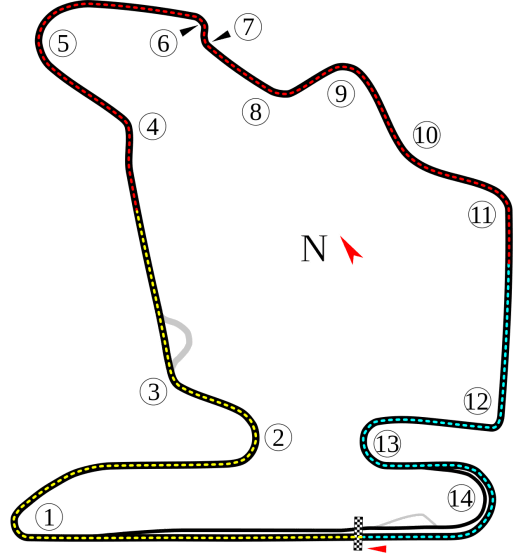 The drivers will get back behind the wheels of their cars and race hard in Jules’ honour, aiming to pay tribute to him in the best possible way – with hard racing. 70 laps around the Hungaroring will see the title fight between Hamilton and Rosberg resume, with the gap standing at 17 points prior to the race.

Last year saw a dramatic race, with Hamilton forced (for the 2nd race in succession) to start from the pitlane. He would fight his way up the field, aided by safety car spells that unhinged Rosberg’s race and saw Daniel Ricciardo take his second win. It seems unlikely he will repeat this feat this year, given the ongoing problems Red Bull have faced, whilst Fernando Alonso is extremely unlikely to repeat his 2nd place finish! (then again Ricciardo and teammate Kvyat did manage 3rd and 2nd in practice, so they might have a better race than expected)

Hopefully we’ll have a good race, a race that stands as a powerful memorial to Jules.

‘Charlotte Edwardes claimed that at a private lunch in 1999, Johnson groped her leg under a table, grabbing “enough inner flesh beneath his fingers” to make her “sit upright”. She also alleged that he did the same to another woman at the same event…’ https://www.theguardian.com/politics/2019/sep/29/no-10-denies-claims-boris-johnson-squeezed-thigh-journalist-charlotte-edwardes

Just to be clear, @BorisJohnson’s repeated ‘pledges’ about 40 new hospitals are so suspect, so dodgy, so utterly vacuous that the National Audit Office no less feels compelled to investigate them. Mind-blowing.

Privatisation is an absolute con.

That's why we'd bring all this good stuff into public ownership:

MPs voted for all of this.

Let’s briefly talk about the power of these mighty natural beasts.