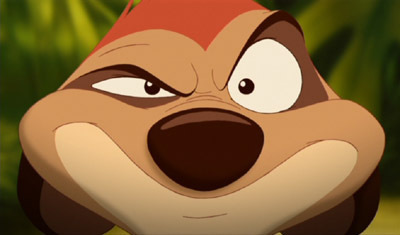 So you think you’re right do you, Mr customer?

On Wednesday I had the dubious pleasure of once again dealing with the false and stupid mantra ‘the customer is always right’. This poisonous idea led a customer to expect that we compensate him for potential loss of earnings and fitter work.

I mean, seriously?! There are so many reasons why this guy is wrong.

Firstly, he’s organised delivery of his goods for the same day that his fitters come round. All well and good, and time-wise maybe he didn’t have much choice, but this is hardly our fault – in fact, the Ts & Cs of our business advise customers to get their goods in a day or two early (earlier if possible) to check for damaged, incorrect or missing items. It’s unfortunate, but errors do happen, so it’s prudent to build in flexibility to your schedule.

Secondly, what would Mr I-Want-Compensation have done if the order had arrived late in the evening? His delivery was in the morning, but the company offers zero guarantees of this. We can’t influence this at store level and the delivery window is potentially any time between 8am and 6pm. This relates to issue 1 – forward planning, something this guy clearly doesn’t think about.

Thirdly, we were able to correct his issue within a day. In this industry, that is incredible. He’s acting like he’s going to be out of pocket to the tune of huge sums of money if delayed by 24 hours, and was moaning about the poor customer service, when in fact with other retailers he might have not only waited longer for what he needed but might have even had to pay for the new part (with a refund scheduled for later).

Finally, what company out there will actually compensate for fitter costs and loss of earnings? The latter is arbitrary – the customer can spout figures and there’s little means to verify them, therefore most (if not all) businesses won’t hear such an argument. In respect of fitting costs – well, we suggested he have the fitter source the missing part from a local supplier (yes, it was that simple), and we’d refund him what he’d paid us. Easy right?

Nope! Apparently this wasn’t feasible, though the customer declined to elaborate as to why.

So, to sum up, Mr Customer didn’t forward plan, didn’t take up an option to resolve the issue that same day, wasn’t happy with a next-day resolution and expected compensation to the tune of whatever arbitrary figure he plucked from the sky.

And people wonder why I rant about customers.

Interestingly, his wife came in to collect the part and drop off the incorrect one when I was off work yesterday, and didn’t say a word about my conversation with her husband! What a shock.

Tattoos have become more acceptable, and they are a wonderful form of expression, but then, I’m biased – I have five of my own!