In what seems to be fast becoming a weekly feature of this blog (and one I really need to move away from – more light-hearted posts are I think, sorely needed), I find myself yet again feeling the need to address some inaccuracies from TA. 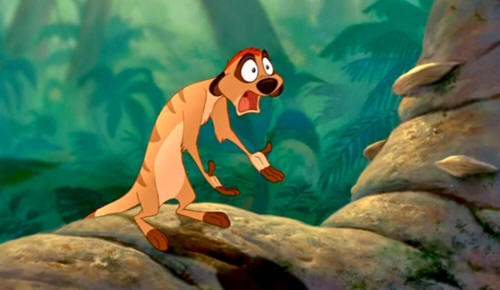 I’m not going to pore over his entire post, but instead will tackle one or two points he raises.

Twenty-six LGBT organizations are demanding that the Big 12 block the Church of Jesus Christ of Latter-day Saints-operated Brigham Young University from joining the athletic conference because of the institution’s biblical stance on same-sex marriage.

As it stands all the LGBTQ community is doing is demonstrating that while they want & demand love they will not give it to anyone else.

Yet, the irony here is that TA (and other hard-line Christian fundamentalists) have made it abundantly clear that the LGBT community is to be denied rights (such as service at public businesses) since apparently, someone’s religious values should trump everything else, even in what should be neutral environments. It is mightily hypocritical of TA to complain of an exclusionary stance from the LGBT community, when he has been advocating such a stance himself.

After all, there is a fundamental difference here – in one context, the LGBT community don’t want to share space with a community that supports routine discrimination against them – in the other, fundamentalists want to use their beliefs to impose a system upon everyone else, regardless of what everyone else believes, and then call it ‘freedom’.

An academic book that suggests the moral status of pedophilia is unclear, has some prominent social conservatives saying that we are now on a familiar, troubling path toward normalization of things once considered unthinkable.

Prominent defenders of traditional marriage highlighted on their social media pages Sunday a book called Pedophilia and Adult-Child Sex: A Philosophical Analysis by Stephen Kershnar, who is a professor and chair the philosophy department at State University of New York at Fredonia. The 168-page work, which was released last year and recently came to the attention of conservatives, examines the moral status of sexual relationships between adults and children, explores whether those who engage in that kind of sex “have a disease, act wrongly, or are vicious,” and engages the surrounding legal issues.

The Slippery Slope Fallacy is in clear evidence here. I can think of no one that is actually arguing for paedophilia to be legalised – the notion of abhorrent to anyone with even the slightest moral compass, and it’s not something that will come around, ever. Moreover, it will certainly not come about because two people of the same sex want to be together and get married. It will not happen because consenting adults engage in threesomes in the privacy of their own homes.

The key word, which proponents of this fallacy mysteriously forget all the time, is consent. Two (or more) adults can give consent, and thus enter knowingly into whatever actions they undertake. As long as no one gets hurt, it’s their private business, and certainly not the domain of someone who believes their religious beliefs override everyone else’s rights.

Over 40 people were arrested last week in what is being called Tennessee’s “most significant human trafficking operation to date.”

The Tennessee Bureau of Investigation (TBI) announced the arrests on Friday, which were a part of “Operation Someone Like Me.”

Where will the world end up if the trend continues in this direction? We know where and people can fully understand why God destroyed the pre-flood world with a flood.

Except nothing of the kind will be made legal, because no one who is not already a paedophile will ever consider legalising it. What the Slippery Slope Fallacy does is to demonise the LGBT community by attempting – unfairly – to lump it into other categories to which it decidedly does not belong. It is a desperate scare-mongering effort, carried out by those who are bitter that their bid to push their doctrine upon everyone else has failed.

3 thoughts on “LBGT and the Slippery Slope Fallacy”

Echoes of Boris Johnson’s Bullingdon Club, notorious for trashing restaurants and smashing wine bottles before handing a wad of cash to the servants forced to clean up their shameful mess. 🍷

Inside Downing Street 'boys club' where staff were abused"👇🏻

🦠All reference to integrity, honesty, transparency and accountability deleted from intro

👑Final decision on which punishment rests with PM himself

My first taste of #MCMComicCon and so far, it's very colourful!