I’ve sat down on the train. I’m tired after a long day at work. I’ve actually got a headache, and I’m hoping for a quiet, peaceful journey. Will I get one… nope. Not at all. Why? Well, lurking in a nearby seat is a biological weapon, a chemical bomb, a vile, repugnant force.

I can sense it growing in malice. It’s need to spread its diseased power across the landscape is insatiable. Now it’s making disgusting, squelching, gurgling noises… you know, those wet sounds, like someone walking through thick, wet mud. SLURP SLURP SLURP…

Where is it? What is it?

(it’s really familiar, and I know I’m not going to like what it is…)

The train rumbles along the tracks, juddering and rocking and bumping along. With each new jarring impact, there are groans of woe and fear and dread. Still, one more stop and I’ll be getting off this train…

Except, it’s too late. The final bump triggers the unleashing of this harrowing, terrifying force…

I’m confronted by the coming of The Thing. With that brilliantly disgusting wet ‘blllleeaarrrrerrruk’ sound. What’s happened? What creature has been unleashed?! 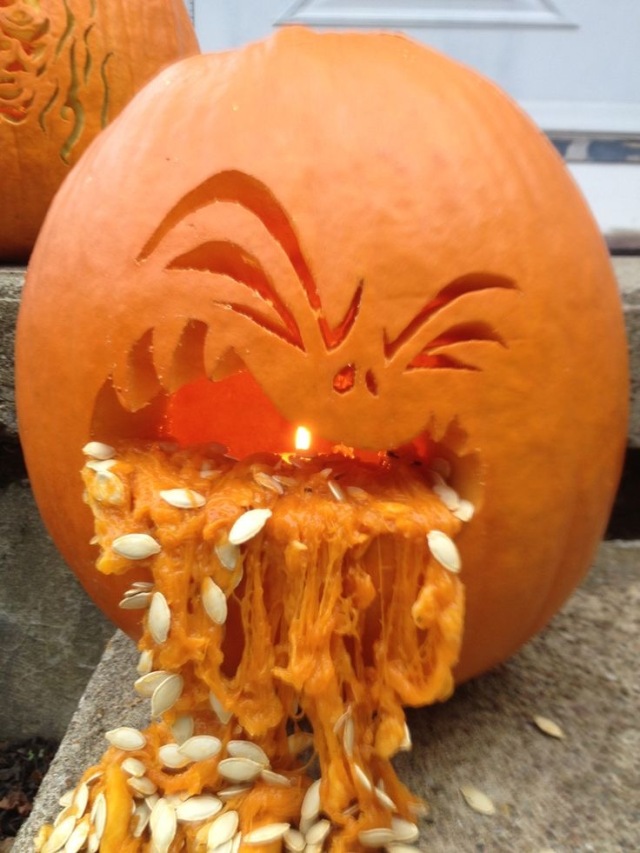 Basically, a kid on the train was sick.

It’s not really the kid’s fault. I blame the parents for filling them with sugar. Actually, that isn’t fair either. I have no idea why they emptied their stomach. I do know I’m extremely grateful my sense of smell failed me at that moment, and that the train stopped more or less at that moment too. It’s a far cry from a recent flight with my little girl, strapped in and unable to escape as she’s sick over her mother and herself. That I did smell, and I nearly broke out into a sympathetic rainbow-coloured yelp of my own.

I guess the moral of this story is… well… there isn’t one. If you travel with kids, take a sick bag. Take several. Hope for the best, prep for the worst. Assume they will chunder like thunder.

He's not sorry, he's botched the bad idea of Brexit, and presided over one of the worst death rates from covid in Europe.

I really feel for @BorisJohnson. On a human level he's clearly very sorry as the events should never have taken place. But Boris achieved an 80-seat majority, got Brexit done, delivered a world-leading vaccine rollout, delivered a successful COP26 and led us through the pandemic.

A Matt Hancock being born. Barely a few minutes old, their first instinct is to head towards land and seek out dodgy PPE contracts.