Earlier in the year a furore erupted when a young man by the name of Brock Allen Turner, who had been found guilty of raping an unconscious woman on a university campus, received a six month prison sentence. This was a pathetic sentence handed down by a judge who didn’t want to adversely affect Brock’s life (because that  would have been unfair… jeez). To make matters worse, he has been released having served just half that sentence because of ‘good behaviour’. 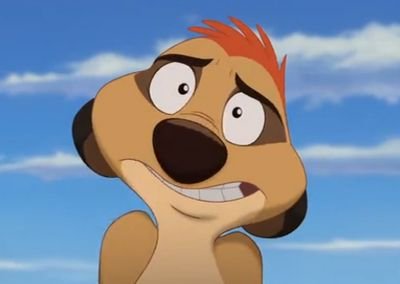 Seriously?! His crime is one of the most serious acts that one person can do to another. He knowingly took advantage of a young woman who was in no condition to give consent. A gentleman would have offered to help her, to call her friends or the authorities, to ensure she got somewhere safe. Not Brock. He forced himself inside her, so he could get off. This act of violating another human being is apparently only serious enough to carry a sentence of six months – unless you’re not a rich white kid, in which case the gloves come off the US judicial system.

Brock himself never apologised to the victim, instead blaming party culture. His father wrote a letter that dismissed what Brock did as ’20 minutes of action’. His defence team produced details of Brock’s swimming times in a bid to show why he shouldn’t suffer a lengthy sentence. Meanwhile, the victim has to suffer the knowledge and memory of what happened each and every day.

It’s very easy for me as a man to think ‘it wasn’t rape because it wasn’t violent’. This is something that I think a lot of men are guilty of. The word ‘rape’ brings up connotations of a savage attack involving pinning a woman down and threatening to hurt or kill them if they resist. The idea that rape is non-consensual sexual activity of any kind is one we are still getting used to – but get used to it fellas, because it’s what needs to happen if all cases of rape – regardless of the violence used – are to be extinguished.

The attitude of ‘it’s not really rape’ stems from our sense of entitlement. From the belief that we have access to a woman’s body whenever we want it. It reduces women to the role of cattle, to be used for our pleasure. It’s a means of seeing women as less than human. It also damages us too – our behaviour – be it catcalling, be it workplace harassment, or any of the other aspects of our sense of entitlement – means I am much more cautious with what I will teach my daughter. I will have to warn her to check her behaviour, lest men get the wrong ideas – when really, it’s us who need to check our privilege and behaviour. Sadly, this has not happened with Brock Turner – he was either never taught this lesson, or it wasn’t reinforced very well (and given his father’s letter that dismissed his son’s crime, it’s clear where he got his ideas from).

Guys (especially those of you with daughters), I implore you. Think, right now, about the sort of world you want your children to grow up in. Do you want your little girl to be treated as an object? And if you have sons, do you want them growing up to think women are objects?

Let’s also stop and consider for a moment the harm this attitude does to men. It paints a picture of us in the eyes of women. It makes us look like base creatures, slaved to our instincts and not our intellect. We have brains – lets actually use them.

When you read about the “lack of respect & poor treatment of security & cleaning staff” in Downing Street, remember:

Boris Johnson is a Bullingdon boy, a club notorious for burning £50 notes in front of homeless people.

That's the attitude his class has towards the rest of us.

Monster May is wrapping up! Don't miss the opportunity to get @rkylehannah horror novel: CHARLIE (and all his novels) at 10% off! http://www.jumpmasterpress.com. #monster #may #summer #summerreading #horror #amwriting #books #highschoolreunion #slasher #80sslasher

Minutes after emphasising his own humility, Boris Johnson calls Keir Starmer “Sir Beer Korma”. Some Tory MPs enjoyed that, others looking like they didn’t - at all.

Boris Johnson says we should all now "move on".

I disagree entirely. Who's with me?

Nothing like a coughing fit to bring tears to the eyes.

Are apparently a gateway!