Over the past few days several footballers have bravely come forward to admit they were sexually assaulted in their youth, exposing a worrying situation within English football, and prompting some serious investigations. For those of you who are unaware of what’s going on, there is more information to be had here.

Eric Bristow, a darts player, has weighed in on social media to suggest the victims aren’t ‘proper men’, saying they should have ‘sorted out’ their abuser when they got older. This is frankly disgusting and it highlights the problems we face as men in a society that has defined ‘manliness’ in a very specific way. 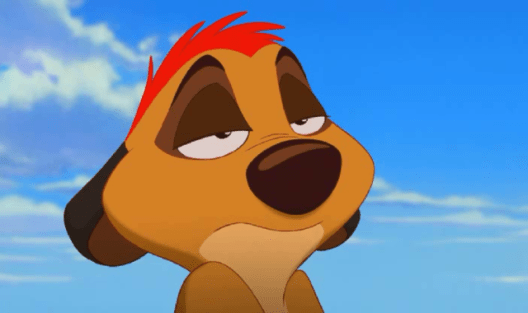 You’ve probably heard the expression ‘big boys don’t cry’ or ‘real men can cry’. Both statements are flawed. It’s not up to anyone else to define what manliness is for me. I’ll cry if I want to.I won’t cry if I don’t want to. That’s up to me.

This ‘real man’ stuff is a symptom of the same mode of thinking that endorses slut-shaming and other such attitudes. Our patriarchal society has put us into neat little boxes and told both men and women ‘this is what you need to be’. It tells men to ‘man up’ and be gruff, unemotional and disconnected from our emotions. It tells women they are more emotional and less suited to ‘manly’ activities (whatever they are).

Some men have stubble, others full-blown beards, still more can’t grow facial hair to save their lives (like me). Some men have six-packs and definition, others don’t. I’d love to have the body of a Chris Hemsworth or someone similar, but I don’t. I’m not out of shape but I’m hardly an Adonis. However, it’s often the case that to be considered manly a man has to have bulging muscles, and to physically strong, or to be athletic and sporty. This is once again a symptom of the same issues that feminism is trying to deal with – just as women are expected to have washboard stomachs and look permanently beach-ready, men have expectations laid down upon them, for the same reasons.

It’s also what gives rises to the moronic statements Bristow made. It isn’t seen as ‘manly’ to admit to having been a victim, much less of sexual assault, and it’s apparently even worse to talk about it – instead, according to Bristow, the answer is violence (because that always makes things better – /end sarcasm).

This is exactly what is wrong with our society. Men aren’t encouraged to come forward about things like this, lest they come under attack for showing weakness. Here’s a wacky notion for any MRAs that end up reading this – if you really want to tackle men’s issues, work with feminists, who are already trying to deal with them by changing the way we think about our patriarchal society.

Tattoos have become more acceptable, and they are a wonderful form of expression, but then, I’m biased – I have five of my own!