Last time around I’d just headed south from the Great Plateau, having decided to do a bit of exploring. My overall direction – dictated by the landscape as much as anything else – took me south-west, but first, there was the Shrine I’d found – did I successfully complete it? Yes.

Freezing time, shooting orbs and opening doors was how the trial started – doing the same thing whilst Guardians took pot shots at me wasn’t so easy but I managed in the end, whilst next up came the challenge of carrying an orb whilst avoiding or stopping consistent laser beams and trying to run over treadmills. The trial had warned that timing was crucial – after a couple of goes and stopping time a few, err, times, I was able to tackle the trial.

I also had my first encounter with a Rigo – to start with, I spoke with a ‘traveller’ who, upon learning who I was, transformed into a masked figure that attacked me and used some sort of magical skill to teleport here and there – however, a few good hits from my halberd took him down without much effort.

In the trailers there were areas involving several rickety wooden platforms that been erected on the side of a rock face – this is what I now navigated, determined to get to the top. Along the way I killed a couple of Bokoblins (including one in its sleep – aren’t I evil?) and scaled my way up the rocks, avoiding several very large Bokoblins, though I did slay a couple of weird, floating/dancing enemies that were very similar to the ones I found dancing over the water in chapter 3 -the difference being that these guys were throwing fireballs rather than wielding electrical weapons. I had a few ice arrows so these things were easily dispatched, and before long I was arriving at a Tower. 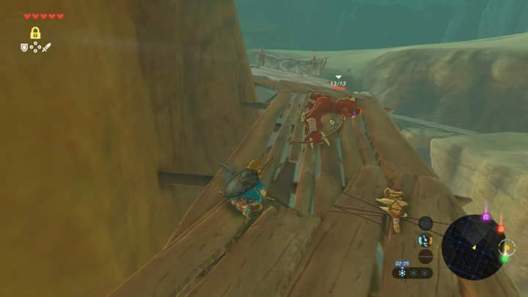 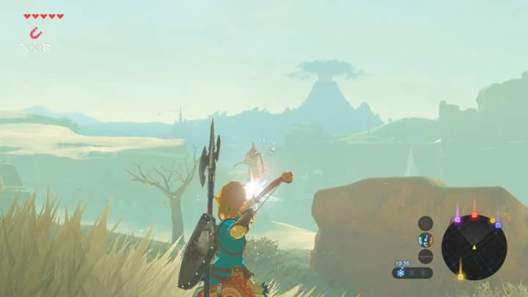 Once again the depth to this game shone through. The mechanics are genius – the Tower was in the middle of a deadly bog, but there were several metal boxes lying around, so I was able to carefully build a path for myself. In front of the tower were large stone… well, tablets, except when I accidently flung a box into one, they fell like dominos – I had inadvertently made an easier path for myself. Reaching the top of the Tower, I unlocked a map of the desert – I was heading into Gerudo territory. 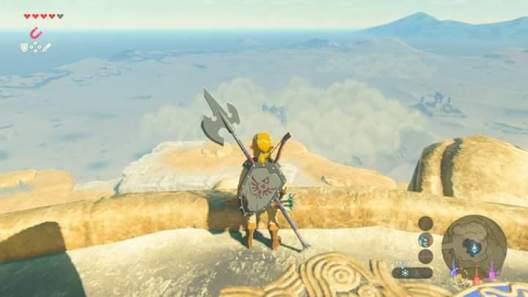 The beauty of this game knows no bounds. From the grassy plains and forests to the rock faces and beaches, and now the desert and its sands – Breath of the Wild may not have the raw performance of a PS4 or X-Box One behind it, but Nintendo have done magnificent things with the Switch (and I’m pretty sure the Wii U version looks very similar), and every now and then I have to pause and look at the scenery, admiring what I see.

As I drew nearer to the desert, I gazed out over the landscape and could see in the distance a city – and something else. Something terrifying. One of the four Divine Beasts, a huge mechanical creation that was surrounded by sandstorms. My wife remarked that it looked a lot like an AT-AT from Star Wars – sadly I don’t have a snowspeeder and can’t tie its legs together! 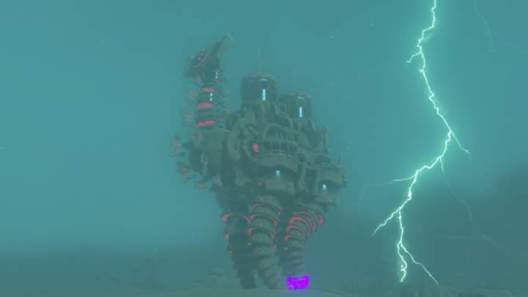 A bit of toing and froing took place next. I made my way from a trading post (where I bought several hydromelons – cooked up to form cooling food in the harsh sun) and marched over the sands to Gerudo Town. The Gerudo don’t let men (or voes as they call them) into their town, so I was turned away, but spoke to a guy who was on the look out for a man who had successfully disguised himself as a vai – or woman.

There was also another Shrine, right outside the walls of the city, which has already served as a useful travel point. This one was a test of mental attributes – using metal blocks and barrels to complete an electrical grid and open up doors, which led me to get an electric blade (which in turn was needed to complete the Shrine). 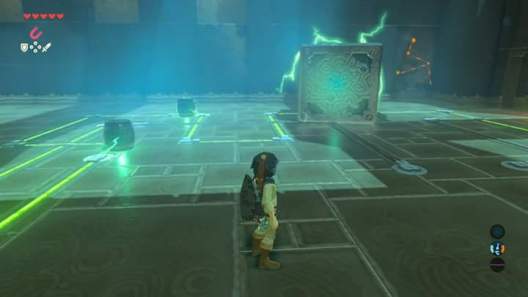 After learning that this mystery man was a merchant, I eventually tracked him down and purchased clothing to disguise myself – at the cost of 600(!) rupees. From there it was back to Gerudo Town and a brief exploration of the city, which contained a number of interesting foodstuffs and will be worth a more detailed examination later. To begin with though, I met with the chief, who swiftly saw through my disguise but recognised that the Sheikah Slate symbolises who I really am. She has asked me to retrieve an artefact that would allow me to get around the dangerous lightening bolts the Beast uses to keep people at bay – so this chapter ends with me preparing to head off and find this thing. From there, on to the Beast? 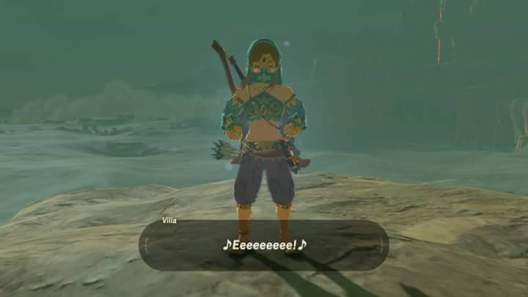 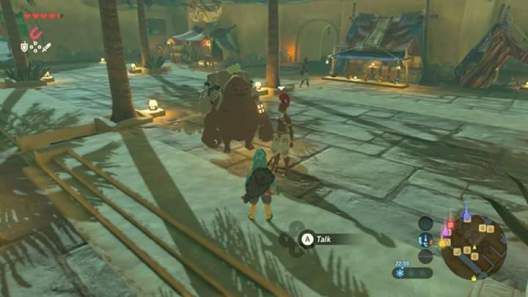 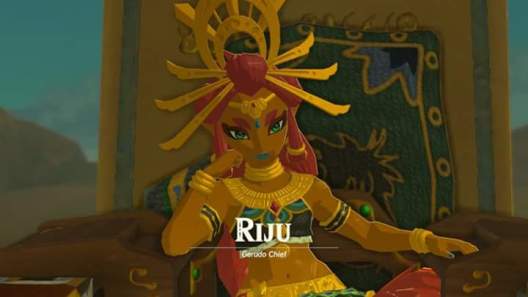 Looking for great children's reads for that vacation? Order @AdamSanfordArt or Marie Pridgen and get their children's books at 10% off through the end of the month! Don't miss these fantastic tales of fantasy and space for the kids! #jumpmasterpress #childrensbooks #vacation

Yesterday I mowed the lawn. Today, my hay-fever surged with a vengeance. Coincidence?

Rest assured, if I ask for noods, I want pictures of noodle dishes. On an unrelated note, I want Chinese food.

We didn’t need £37bn for Test and Trace. Had the NHS ran it, it would have cost much less, saved more lives, and prevented more disability.

But hey, at least a few Tory donors got rich!

We have become a horrible, cruel country.

In this prompt, I talk a little bit about books, and which ones I’d recommend.