A word before I begin – I missed out Round 7 (Turkey) as I ran the race ages ago, won it, and promptly forgot to post a report! It evidently can’t have been that memorable!

Nor really, was this latest Silverstone adventure. 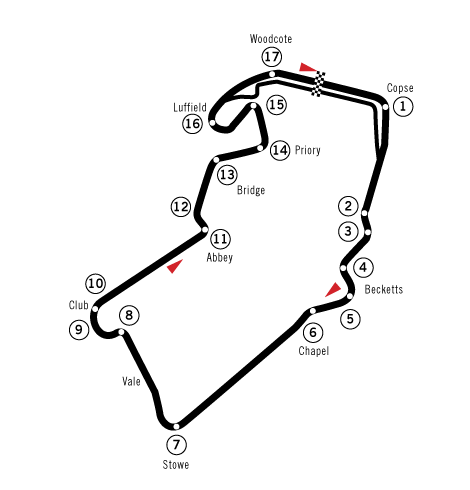 I am simply not quick here. Despite somehow managing to stick the car second in qualifying (I have no idea how I did that), my race pace was mediocre. I was holding third until the first stops, slipped down to 15th, then got back up the field through a combination of rival stops and backmarkers holding up the leaders. I also let myself down in two ways – at times I would push too hard and run onto the grass, slowing me down and costing me a place, whilst on other occasions I’d be too cautious, unwilling to get too close to the spray coming off the car ahead (it was a damp track).

In the end I wound up fifth, better than I’d expected, and one place ahead of my chief title rival Button, putting me 13 points ahead after 8 races. That’s not too bad, considering I was a point behind him at the same point last season.

I was second to Button in Germany last time, but with greater emphasis on the quicker soft tyre this time, I’m hoping to win the next race.